A column of short length that will fail in shear rather than bend under lateral deformation when the column is overloaded during an earthquake. Includes captive columns, where wall elements (usually non-structural walls that are part of the enclosure system) effectively shorten some columns to less than the floor to beam height. 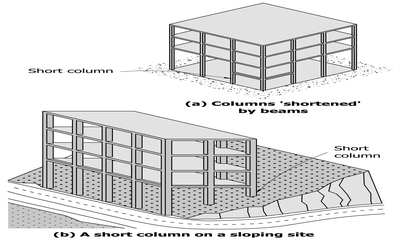 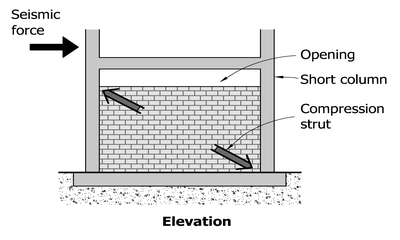 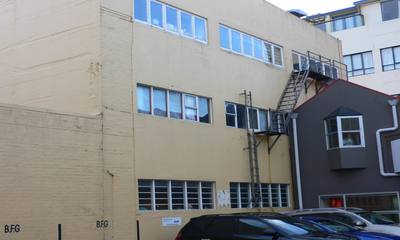 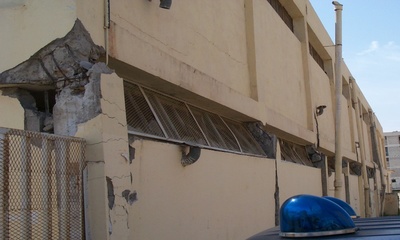 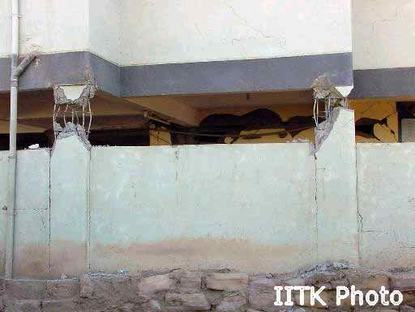 A building with captive columns suffered damage in the 2001 Bhuj, India earthquake (NICEE and IIT Kanpur)