Abrupt change in elevational profile, such as in a building with tower and podium that creates a notch effect. A setback exists if the horizontal dimension of the seismic force-resisting system in any story is more than 130% of that in an adjacent story. Note that the Setback irregularity is a special albeit common case of Change in Vertical Structure, and therefore it has its own definition. 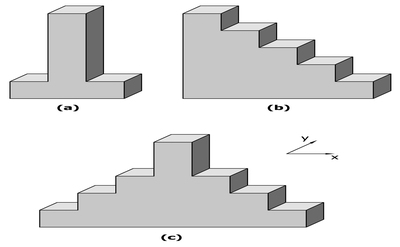 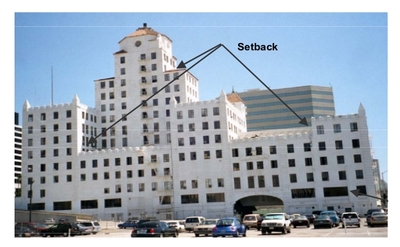 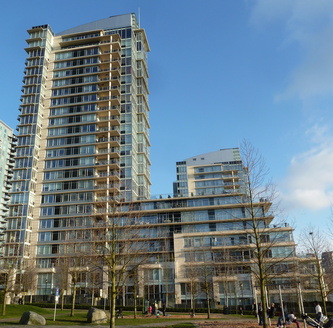 A building with a setback, Vancouver, Canada (S. Brzev) 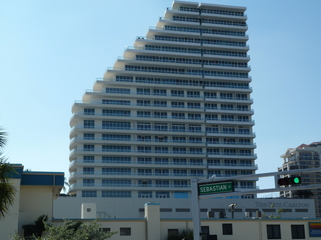