An L-, U-, E- or other (in plan) shaped building where two wings may oscillate out-of-phase, leading to large shear stresses in floor and/or roof diaphragms.

If the plan setback is at least 15% of both plan dimensions, then the setback is considered to form a re-entrant corner. 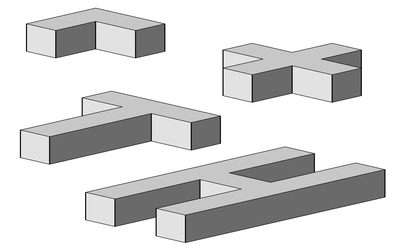 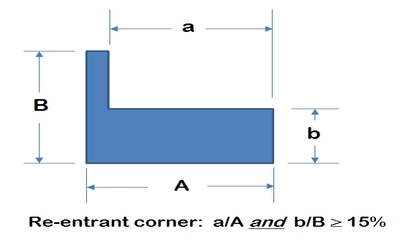 This diagram illustrates the principle that a 15% plan setback is required in both directions for it to be considered a re-entrant corner. 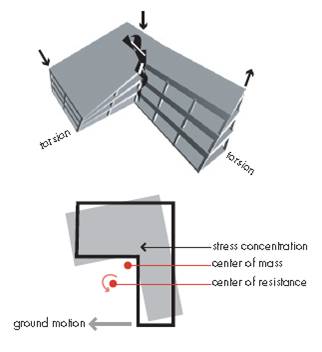 Movement of the wings of an L-shaped building during an earthquake results in high shear stresses combined with a stress concentration at the re-entrant corner; this is aggravated by torsional effects which develop since the center of mass and the center of rigidity cannot coincide in this form. (FEMA 454) 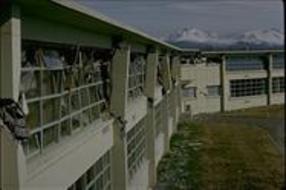 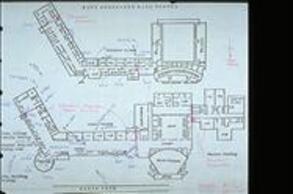