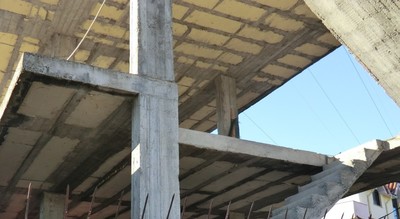 Concrete floor system (Macedonian joists) found in Albania. Polystyrene or similar insulation blocks between concrete joists.  A concrete form was constructed, above which concrete joists are laid between supporting concrete beams.  In between the thus suspended joists, the blocks of insulation are placed on the formwork, spaced so as to create a void containing each joist.  A topping slab is poured, which fills the voids, enclosing the joist in concrete. (C. Scawthorn) 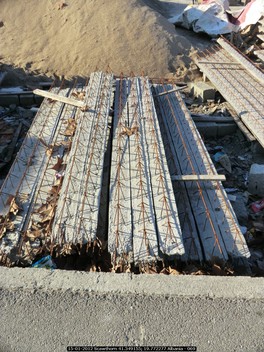 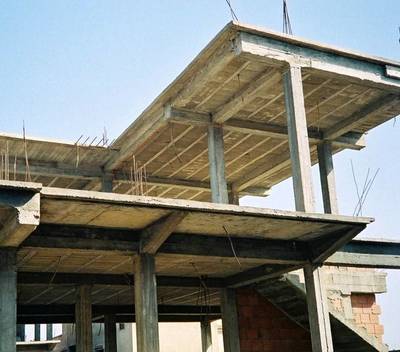 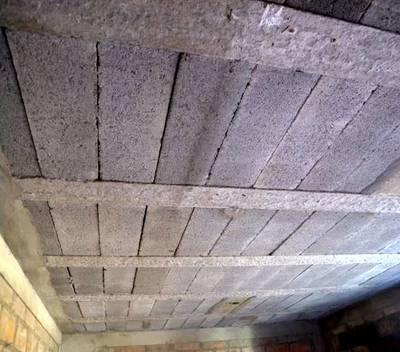 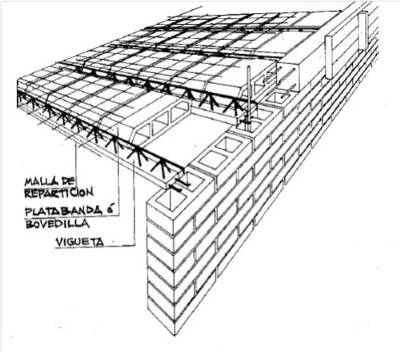 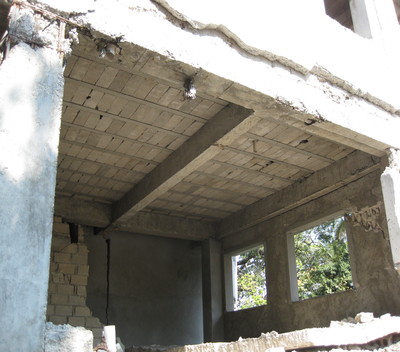 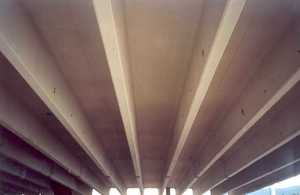 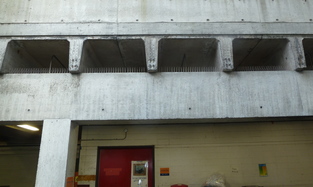 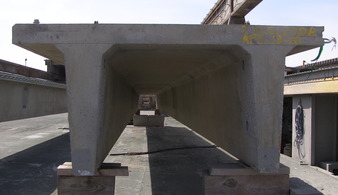 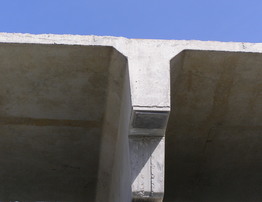 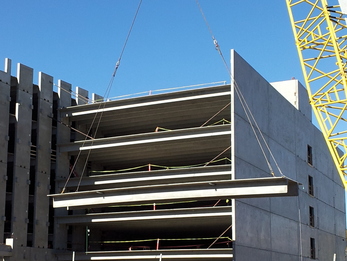 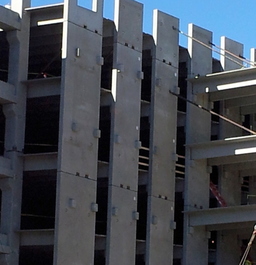