Steel members and steel reinforcing are not designed nor constructed to undergo plastic deformation before failure under earthquake loads. In the event of over-load during an earthquake structural members are expected to suffer brittle failure. For example, moment frames with weak columns and strong beams are non-ductile because once the columns are damaged they usually are unable to resist gravity loads.  Reinforced concrete frames will also be classified as non-ductile if beam and column ties have 90 degree rather than 135 degree hooks, and if there is insufficient quantity and spacing of shear reinforcement to prevent shear failure before flexural failure. 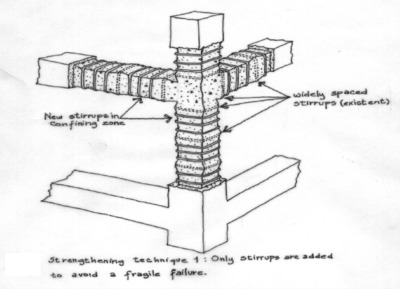 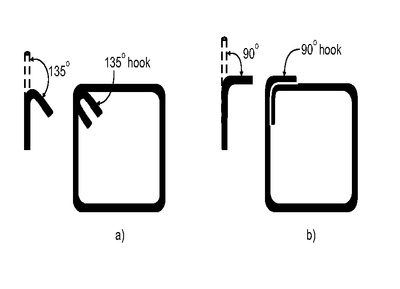 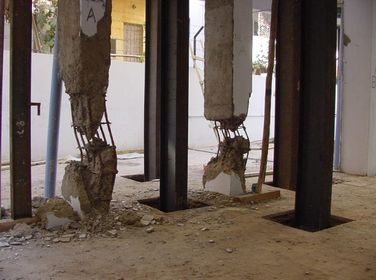 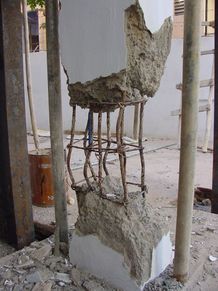 Failure of reinforced concrete columns at the ground floor level of a building with the soft storey irregularity in the 2001 Bhuj, India earthquake; the columns were characterized by non-ductile details, such as widely spaced ties and 90 degree hooks in ties (C.V.R. Murty, EERI Reconnaissance Team) 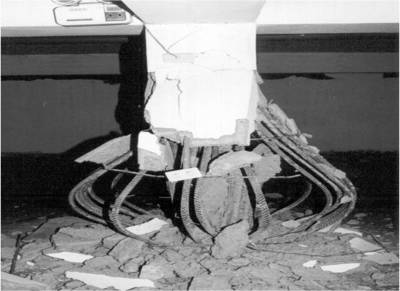 Failure at the base of a reinforced concrete column due to 90 degree hooks and widely spaced ties was observed in the 1999 Chi Chi, Taiwan earthquake; use of 90 degree hooks is a feature of non-ductile concrete construction (EERI Reconaissance Team) 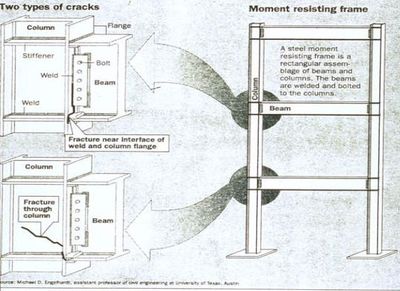 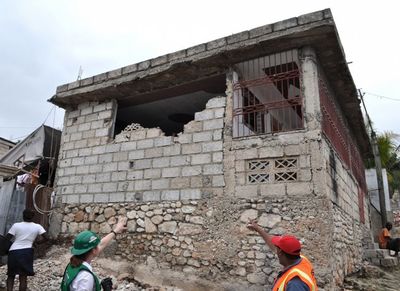 Damage of a poorly constructed confined masonry building in the 2010 Haiti earthquake; this is considered a non-ductile performance (A. Lang, EERI Reconnaissance Team) 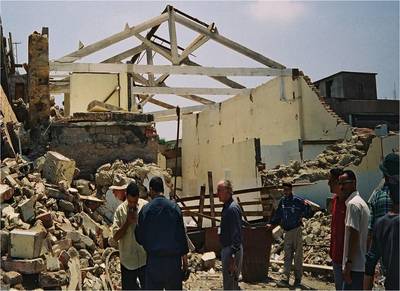