Equipped with base isolation and/or energy dissipation devices [DBD] 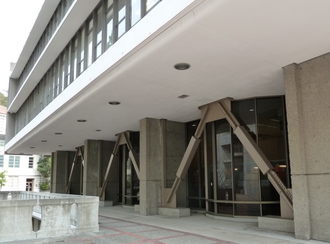 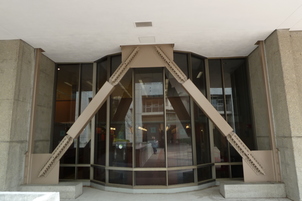 Unbonded braces (also known as Nippon braces) as a retrofit solution for the Hildebrand Hall, University of Berkeley, California (S.Brzev) 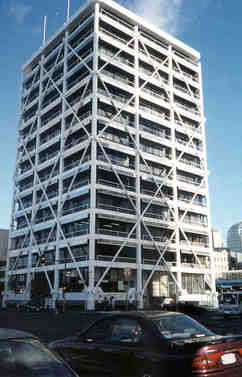 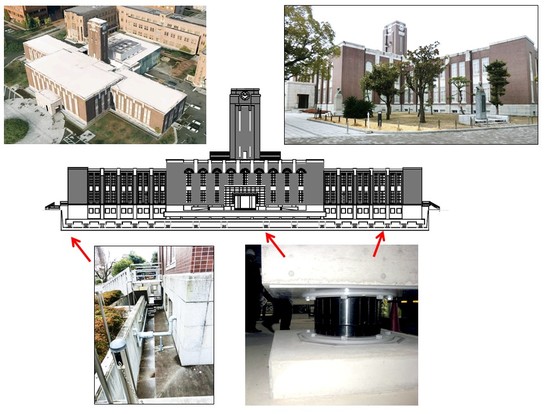 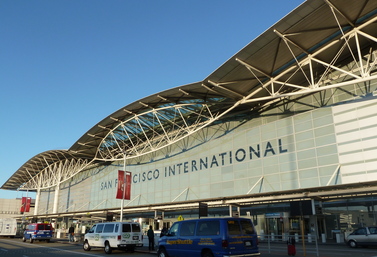 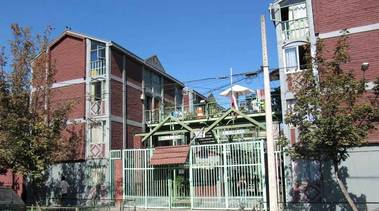 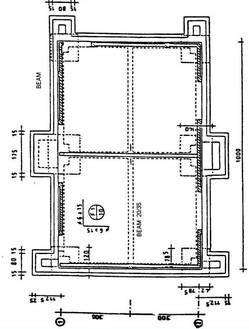 Edificio Comunidad Andalucía, a four-storey masonry building in Santiago, Chile was built in 1992 and it is equipped with the high damping rubber isolation devices; an exterior view of the building is shown left (S. Brzev) and a floor plan showing isolator locations is shown right (M. Moroni) 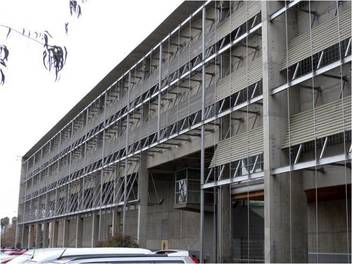 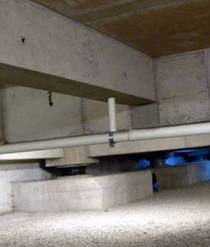 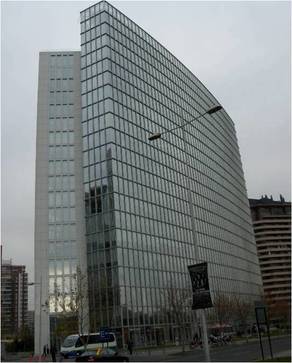 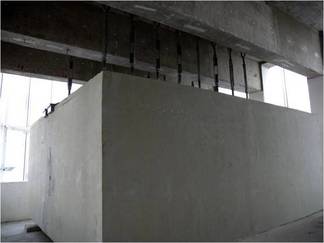 Parque Araucano is a 22-storey concrete tower in Santiago, Chile equipped with two tuned mass dampers at the roof level; the left photo shows the building and the right one shows a tuned mass damper suspended from the roof (S. Brzev)